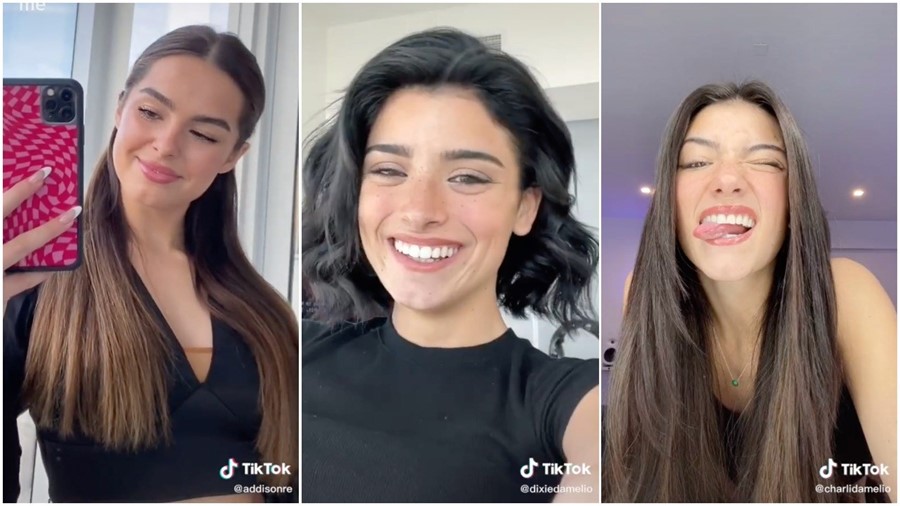 Social media provides an excellent platform for social networking. Millions of people around the world are connecting through various social media networking sites. Among the many growing social media platforms, Tik Tok is one of the biggest video-sharing applications. Tik Tok enables users to make short videos and share them on different social media websites.

It was released in 2016 by Bytedance, a Chinese company. Tik Tok is available in over forty languages and has recorded millions of downloads ever since its release. If you are a Tik Tok fan, you may want to watch out for some of these most-followed accounts on Tik Tok.

Charlie Grace D’Amelio is now one of the most popular Tik Toker with 116.5 million followers. In addition to that, her videos have millions of likes. She hails from Norwalk, Connecticut, and was born on May 1, 2004. Charlie D’Amelio is a famous dancer and a strong social media personality. Her popularity owes to her interesting Tik Tok contents that have attracted millions of fans worldwide.

Charlie D’Amelio was already a renowned dancer before involving in social media career. In 2019, her popularity grew even more when she started uploading trending dance videos on Tik Tok. Ever since then, Charlie D’Amelio continues to influence fans worldwide.

Addison Rae is another influencer with one of the highest followers on Tik Tok. Her videos have millions of likes. Addison Rae is popularly known as a dancer and a social media personality, earning the likes of millions of followers and fans. Her popularity hit when she started posting dance videos on Tik Tok starting in 2019. Addison Rae quickly rose to fame among the dancer’s community.

She stands in the second rank for the most followed Tik Tok accounts after Charlie Grace D’Amelio. Addison Rae was also named by Forbes as one of the highest-earning Tik Tok influencers in 2020. In March 2021, Addison released her single debut, “obsessed.” She has a strong public image.

With over 70.5 million followers, Bella Boarch stands as the third most-followed accounts on Tik Tok. She is a social media personality and a singer attracting millions of fans worldwide. Bella Boarch is an American-Filipino born on February 8, 1997. Her popularity rose when she posted a lip-sync video on Tik Tok.

The video hit millions of likes, and she eventually earned millions of followers. Bella Boarch announced the release of her single debut, “Build a Bitch” in May 2021. She still holds the record of the most liked Tik Tok videos with over 49.3 million likes.

Born on March 9, 2000, Khabane Lane is the fourth most-followed account on Tik Tik. His popularity owes to his life hack videos on Tik Tok. He started his social media career in 2020. And in 2021, his videos reached global attention for his unique and debunking life hack videos.

Khabane Lane is a social media personality with over 62.4 million followers. His videos have millions of likes and followers. Khabane Lane constantly uploads new content making him one of the most-watched Tik Tok creators.

Zach King is a filmmaker, internet personality, and illusionist from Los Angeles. He is popularly known for his six-second magic vines videos. His videos are excellently edited, making it appear like he is doing real magic. Zach King’s videos are exciting to watch. His unique video editing skills and ideas caught the attention of millions of Tik Tok fans.

Zach King started his social media career in 2008 by posting videos on Youtube that caught him massive attention. And later, in 2013, Zach started uploading videos on Vine. In 2016, he started posting videos on Tik Tok that gained him millions of fans. With over 45 million followers, he is now one of the top Tik Tok personalities. Zack also won the commercial contest Hewlett-Packard in 2010.

Will Smith, also known as William Carroll Smith Jr., is a famous American rapper, actor, and film producer. With over 54.4 million followers, Will Smith is the sixth most-followed account on Tik Tok. The fact that he is a famous actor and a singer, his Tik Tok videos rose to popularity overnight.

Hailing from Pottstown, Pennsylvania, Loren Gray Beech is an American internet personality, model, and a singer. In the year 2019, her Tik Tok videos gained popularity, and she became one of the most followed individuals on the platform. She also has a reputation on YouTube with over 100.3 million followers and likes. Her contents are all about beauty, music, and fashion.

With millions of users, Tik Tok makes an excellent platform for those looking for fame. Social media platforms are constantly growing, and it has become one of the fastest means for sharing information, videos, or any type of content with the rest of the world. It has no geographical limitation and helps bring people from different parts of the world to connect and share information.