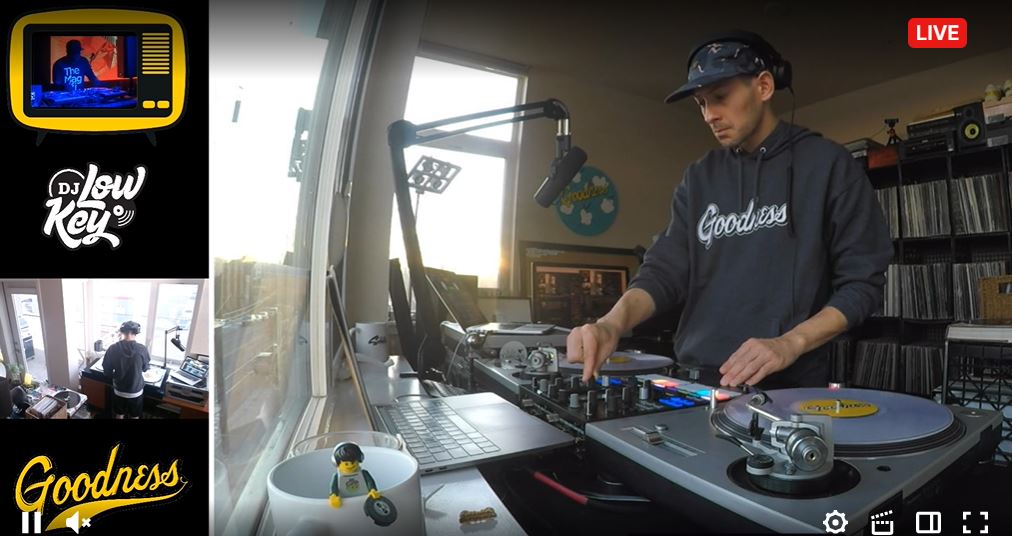 The DJ Twitch streamers below have a lot of knowledge to share, and most of them started as top/well-known DJs in the music scene before they started streaming. Their current activity on Twitch is an excellent supplement to their careers, and it extends the range of their influence.

If you’re into music, DJ-ing, and Electronic Dance Music (EDM), you should probably get on Twitch. Tons of high-profile DJs stream on Twitch. The streaming service is very addictive and undoubtedly worth your time.

DJs and Twitch are a match made in heaven. Hence, they should be on your radar sooner than later!

DJs are our generation’s rockstars and have been for decades, and now you can follow your favorites on Twitch to see them live. Here is a list of the six DJs that you must follow to hear some epic beats:

Jalen Dorsey picked up the moniker- LiteBrite for his electrifying performances. He is famous for his energy and appeal with the positive vibes and beats shared in his music. Donning multiple hats at a time, he is a 27-year old influencer and a successful emcee with the goal of winning hearts in the musical circuit. As a headliner for opening acts of famous musicians like Snoop Dogg and TroyBoi have helped in catapulting his acts to the forefront. He is at the pinnacle of his success by bagging awards and collaborations with prominent music industry figures.

DJ Breeze has won quite a significant following and gained momentum as one of the favorite DJs on the platform. Living up to his name, he breathes life into the 80s/90s club music by playing all kinds of cuts from those genres and combining them in totally unique ways. When no one but DJs seems to play music for an entire club night, Breeze is undoubtedly a breath of fresh air. He’s capable of playing a more commercial set but plays to his strengths with music from an era long forgotten.

Who doesn’t love the 90s and 2000s jungle, drums, bass, and tempo? When you don’t get out much anymore, having someone like DJ Ira on hand to scratch some of the all-time favorites is excellent. She has a unique contemporary style and imparts authenticity to every track played or chosen for remixes. DJ Ira has exemplary taste in music which she portrays well in her musical showcases.

Before Twitch DJs were a thing, DJ Grooves set out to be a sensation to watch out for. He’s still there and continues to crank out good tunes for listening and airplay. Whether you want to listen or all about dubstep or amped-up rock, he’s got songs for you. Every theme is perfect for a refresher course in music and for reliving the best musical styles out there.

There are many DJs from the heyday, but not many play acoustic and electro-pop in the middle of their sets. This guy is also one of the best Twitch DJs around. He does various genres at an insane volume, including playing both serious and silly tunes. One can always count on him to serve up some absurdity for the night.

If you’re looking for some good old-fashioned UK hardcore, this is your guy. This guy has been playing at raves since the early 90s and is one of the OG Twitch DJs. One of the most popular DJs on Twitch- he’s incredibly skilled and has a fantastic range of music that no one else plays. In addition to being a tremendous musician, he also worked as a DJing agent for EDM in LA.

Teach, learn, and have fun – this is the motto that most of today’s Twitch streamers live by. Whether they use it as a tool to advertise their music or want to share their skills with the world, many entertainers jump onto the massive streaming platform to do what they love – perform. This phenomenon especially resonates within the EDM and DJing scenes, where artists broadcast their productive sessions on the air almost every day.

You can check out the DJs mentioned above to tune into the music of tomorrow!